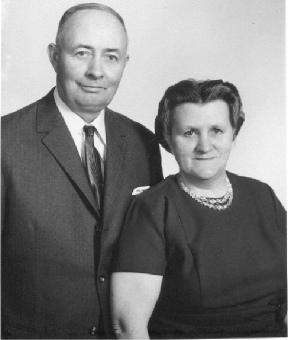 Cornelis van der Groef & Willempje van der Stad ,  founders of the extensive Sussex - VDG - family tree , in the state of New Jersey , in the country of the United States , on the American continent

#  Willempje van der Stad (prot.) was born on April 11 , 1914 in the small place of Melissant on the former island of Goeree-Overflakkee in the Netherlands  -  she was a daughter of Cornelis van der Stad and Maatje van Bruinisse .

#  Cornelis van der Groef was just a few months older that Willempje : Cornelis came into the world on October 19 , 1913 , also on the then island of Goeree-Overflakkee , but he in a possibly even smaller place : Den Bommel .

Cornelis , protestant of faith , was the fifth child of Nicolaas Hermanus van der Groef and Jacoba Hokke  -   and Cornelis , most definitely , wouldn't be their very last child : within a period of 20 years Nicolaas Hermanus and Jacoba became the parents of all together nothing less than 14 children ...... those were the family years , one might say !

The first years of the married life of Nicolaas Hermanus and Jacoba Hokke were very sad though :  the parents lost their three oldest children all within a few months or years after they were born , bķt ever since their fourth child came into this world , they could injoy a prosporous and happy family life : all eleven children would grow up alive and well , would reach adulthood , would get married Šnd have children themselves , but none of them getting anywhere close to the number of children their parents had given birth to .....

Cornelis van der Groef grew up in the village of Dirksland on the island , and when he had left school he became a milkretailer by profession .

At the relatively young age of 20 Cornelis already got married :  he said yes to Willempje van der Stad on May fourth 1934 in his hometown Dirksland .

The married couple became the parents of a respectable number of children : over the years  s e v e n  children were born , six sons and , yes indeed , just one daughter , all born in their hometown of Dirksland .

Seven years after their last child was born , the parents made a very important decision , possibly the most important decision they had ever taken in their lifetime : Cornelis and Willempje decided to emigrate to the United States of America together with their seven children .

And so , in the middle of the fifties , the complete family ( = Cornelis , Willempje and their children Nicolaas Hermanus , Maatje , Cornelis , Arie , Adrianus , Willem and Jacobus ) left their small homeland Holland and island of Flakkee and went to that very unfamiliar and huge country , so far away at the other side of the Atlantic Ocean .   On February 8th 1955 the Van der Groef's arrived in New Foundland , but later permanently settled in Sussex in the state of New Jersey .

In the town of Sussex the children grew up as Dutch-American's , slowly or rapidly transforming into American adults , who all at some point in time would get married and have children of their own .

By the end of the year 1997 , when father and husband Cornelis van der Groef , at the age of almost 84 , after an eventful life , on October 6 , passed away , he had already become the (great-)grandfather of a total of 30 grand- and 39 great-grandchildren !

His widow Willempje van der Stad lived on and could even celebrate her 90th anniversary on April 11 , 2004 , being at that time the (great-)grandmother of a total of ... too many descendants to count ..... 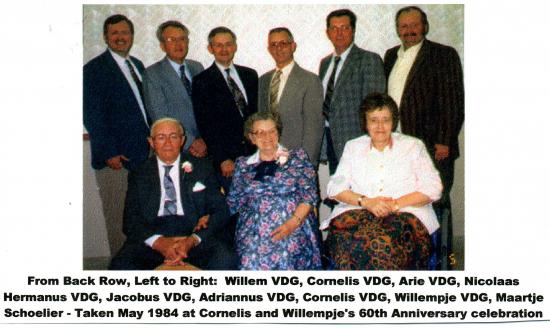 Mrs. Schoelier was a member of the Covenant Reformed Church in Newton. A devoted wife and mother, she loved cooking and baking.

The daughter of the late Cornelius VanDerGroef, Mrs. Schoelier was also predeceased by her brother, Case VanDerGroef.

Funeral services will be held at 1 p.m. on Saturday at the Smith-McCracken Funeral Home, 63 High Street, Newton. Interment will follow at Frankford Plains Cemetery. Visitation will be held today from 2 to 4 and 7 to 9 p.m. at the funeral home. 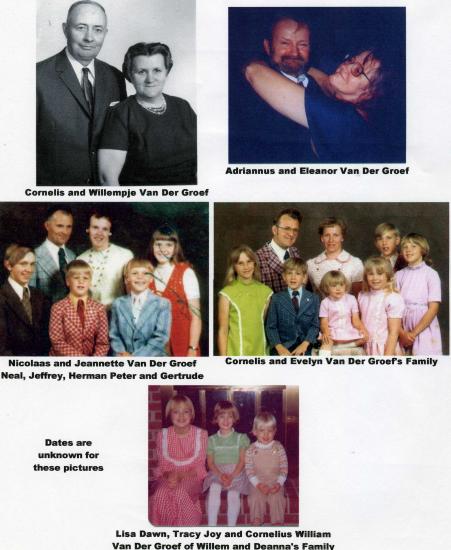 Sietje Cornelia Hof (VanDerStad) age 110 of Hamburg died peacefully on Friday, December 23, 2011 at home with the comfort of family by her side.

She was born and raised on a small island at the Southern end of the Netherlands called Flakkee. She grew up on the farm and spent much time working in the fields. She met and married her husband, the late Hendrik Hof(1988), in January of 1926 at Stadhuis, Dirksland; they met through mutual friends. The family recalls her talking about having her babies in a wooden crate by her side as she worked the fields. The family moved to the United States in 1948 emigrating through New York City and originally settling in Oak Ridge, NJ. She has lived in Prospect Park, Waldwick, Glenwood, Vernon, Towaco and Pompton Lakes before moving to Hamburg to live with her sister.

Sietje was known for her crocheting skills having made beautiful hankies for just about everyone in the family. She would make special ones for those being married and could carry on a conversation and not even look at her work as she crocheted. She loved to travel and has been to Michigan, Canada at 101, and many return trips to Holland.

Sietje was a considerate, polite, loving, caring, and reserved person. She was also straightforwardÖyou always knew where you stood with her. Whenever she asked you to do something for her she would ask ďcould youÖĒ in a very non-imposing way. She never wanted to be a burden on anyone and enjoyed wonderful health her entire life.

She was the loving wife of sixty-two years to the late Hendrik Hof; loving mother of the late Hendrika Van Wingerden (2004), and the late Maatje Van Wageningen (2006); loving sister of Klaartje de Waal of Hamburg and Willempje VanDerGroef.

110 years is a long time to last,
all of which I hope she had a blast.
110 years is an enormous amount of time,
I highly doubt it was an easy climb.
She was a good mother, she was a good wife,
she did obtain a phenomenal life.
Her years became numbered, although she had plenty,
hated by no one, loved by many.
Crossing every obstacle but without ease,
life for her didn`t come as a breeze.

Two kids and 18 grandchildren were created, three sisters standing,
until midnight this morning she continued withstanding.
Her systems weren`t working, they started failing,
after this her life wasn`t far trailing.
It starts in the feet and ends in the head,
I keep trying to believe she isn`t dead.
We abided by her wishes and did what she said,
none of her words or thoughts were left un-read.
She may have passed away but her soul will never die,
it`s weird how things can change in the blink of an eye.
The memories she left and the love she gave me,
I won`t forget if you knew her you`d agree.
She would`ve turned 111 in 14 days,
"If only, if only," ever hear that phrase?
110 years have zoomed right by,
she was incredibly sweet it could make you cry.
I love her forever I promise I`ll never forget,
nor will anyone close to her I can surely bet.
110 years have peacefully come to an end,
your passing wasn`t so bad I can comprehend.
You passed in your sleep without any pain,
and now a guardian angel I highly hope to obtain. ♥
Tante Kee 1/7/1900 - 12/24/2011. You will forever have a place in my heart, I love you. 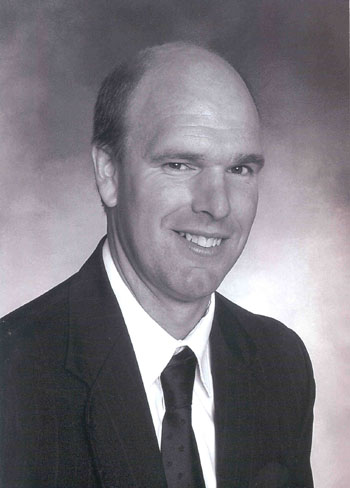 "Jeff is a source of pride for our state as one of only four New Jersey farmers named National Outstanding Young Farmer in the programís 50-year history," said New Jersey Agriculture Secretary Charles M. Kuperus. "Jeff is a wonderful example of our many innovative farmers who have achieved success through hard work and determination. He also is working to help sustain the dairy industry in New Jersey through development of a Jersey Fresh brand of milk."

Vander Groef, 37, a third generation farmer, has followed in the footsteps of his father and grandfather, who left the dairy business before Jeffrey entered it professionally in 1986. He started out with only $12,000, seven registered Holsteins, a rented small farm with 30 acres of pasture, and no cropland, which required him to purchase all of his animalsí forages. In the last ten years, Jeffrey has developed a prospering farm operation that includes: 337 acres, a herd of 110 mature Holsteins, plus 100 animals of various ages.

From the beginning, Vander Groef has looked for ways to make his farm a stable and viable business. He developed and implemented a soil conversation plan. He enlisted the services of a certified crop advisor on fertilizer, planning, scouting and management. His farm was the first in Sussex County to initiate a whole farm comprehensive nutrient management plan.

"Jeff has been able to achieve so much through his faith and the support of his family, wife Tracy and their five children, and landowners, the Lange family," said Secretary Kuperus. "Jeff is an example of how we can maintain a successful agricultural industry in New Jersey."

The purpose of the Outstanding Young Farmer program is to bring about a greater interest in the farmer, to foster better urban-rural relations through the understanding of the farmers' problems, to develop an appreciation of their contributions and achievements, and to inform the agribusiness community of the growing urban awareness of farmers' importance and impact on the American economy.

RFD TV will air the U.S. Junior Chamber of Commerce National Outstanding Young Farmer Awards banquet this Saturday. The event will be shown on U.S. Farm Report which will air 8:00 a.m. on Saturday, February 19. 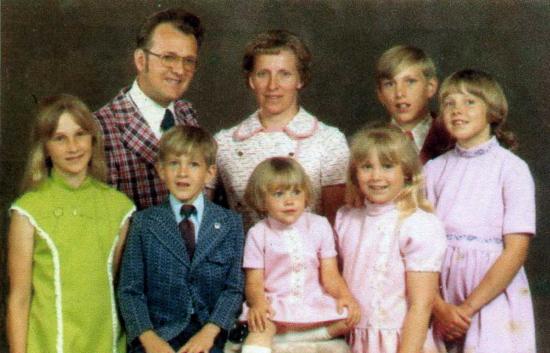 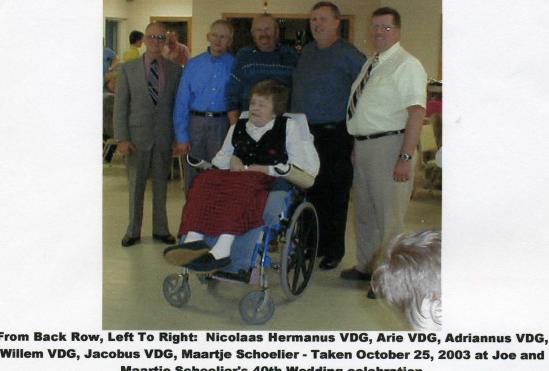 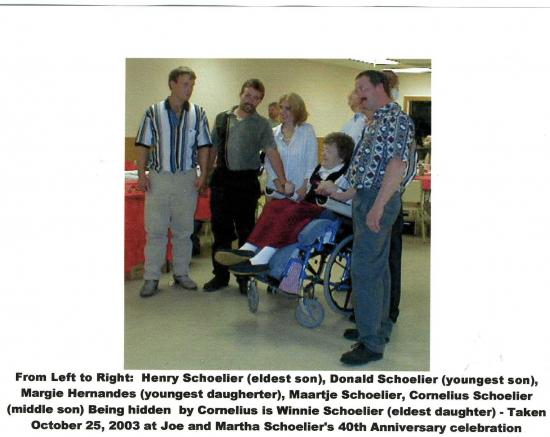 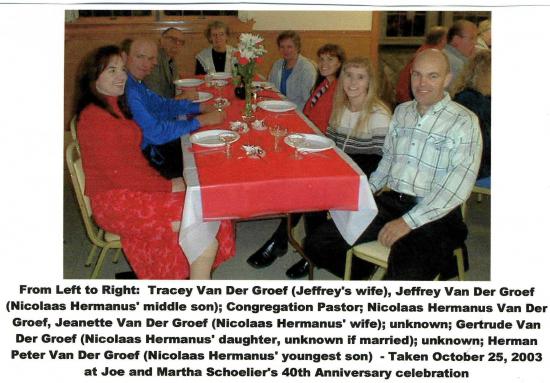 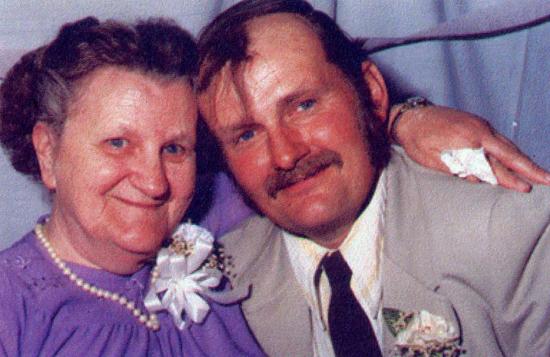 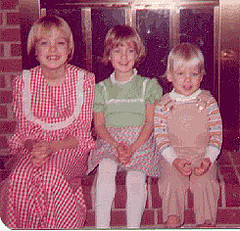