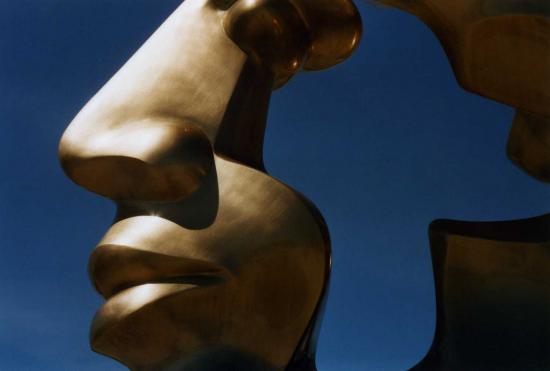 Another little girl was born and died


The six children of Anna and Robert Arthur DuHaime :

3.  Susan Anne DuHaime 10/7/53 married John Kinney about 20 years ago. Had 1 daughter born Francy Lenore DuHaime was given up for adoption. Later they found each other she was renamed Anne Elizabeth when adopted. She had one daughter Lindsey and is expecting another one.

Andrew served in the Korean War and earned a Distinguished Flying Cross for bravery during a mission.

A. U.S. Air Force veteran, Mr. VanderGroef served in the Korean War as a fire control gunner on the B-29 aircraft, and was awarded the Distinguished Flying Cross.

He was the son of the late Leonard and Elsie Alma Dorpfeld VanderGroef and the widower of Margot Elisabeth VanderGroef.

He is survived by three daughters, Donna Ellman of Canedensis, Pa., Andrea Barrett of Chester, Va., and Kim Campbell of King George, Va.; two brothers, Leonard VanderGroef of Toms River, Pa., and Alan VanderGroef of Hopatcong; and a sister, Trina Lenahan of Manasquan.

Interment will be in Arlington National Cemetery with full military honors on Sept. 29, at 2 p.m.

In lieu of flowers, the family requests that memorial donations be made to the Crater Community Hospice, 840 West Roslyn Road, Colonial Heights, Va. 23834.

Both Andrew Leonard Vander Groef and his wife Margot Elisabeth Schoch were laid to rest at Arlington National Cemetry on Thursday September 29 , 2005

The first picture is a picture of the guards carrying the urn and the ceremonial flag to the pavilion where the service will be held.  The second one is while the Chaplain is giving his speech and the guard unfolded the flag and held it over the urn before refolding it and presenting it to daughter Donna Marie Vander Groef .  The last picture is the Unity Urn that was purchased when Margot had died.  There was a 21 gun salute and a buglar played Taps  -  heartwrenching ... 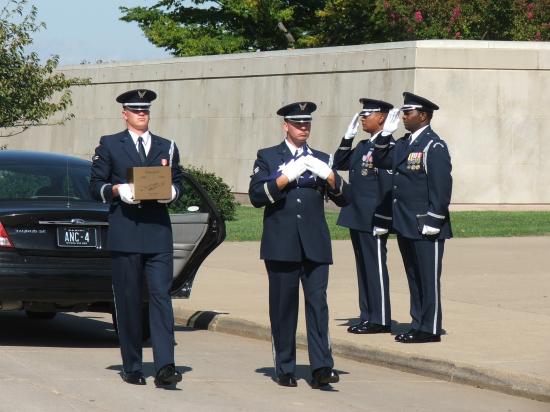 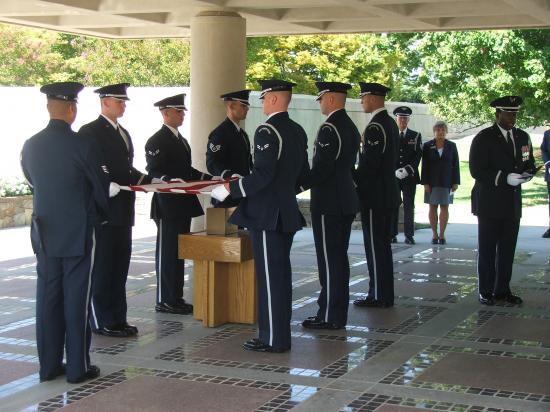 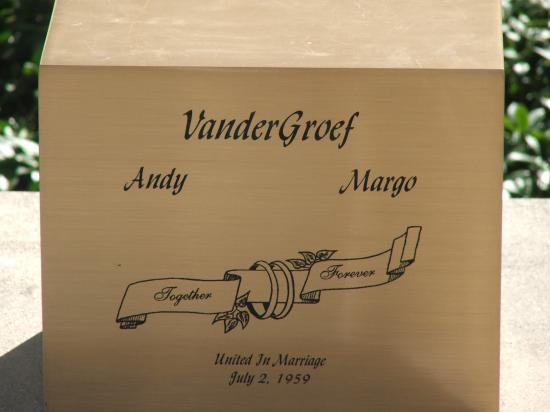 ( 'Aunt Dee' ; she was born Corrine but a few months later her name was changed to Trina) married Raymond Petrisin and had 2 daughters:

Corrine and Raymond divorced and Corrine married 2 more times. Once to a man named Denny Lenahan (divorced) and then to his brother Frank Lenahan who died in October of 2004.

She was born in Paterson and was a resident of Holiday City south section of Berkeley Township for less than one year, having previously lived in Succasunna for many years.

She was a mental health aide for Mental Health Associates in Morris County for several years.

In lieu of flowers, please make donations in Mrs. Vander Groef's memory to the National Association for Mental Illness, 1562 Route 130, North Brunswick, N.J. 08902. Envelopes will be available at the funeral home.

Alan James Vander Groef  married Rosemary in 1973 (?) . They are divorced. They have 3 children:

2) Theresa Elsie Vander Groef  is married and has 2 daughters .

3) Michael Vander Groef  is currently in the Air Force stationed at Eglin Air Force Base in Florida.

Elsie came to the United States in February of 1919.

They are buried in Laurel Grove Memorial Park in Totowa, New Jersey.